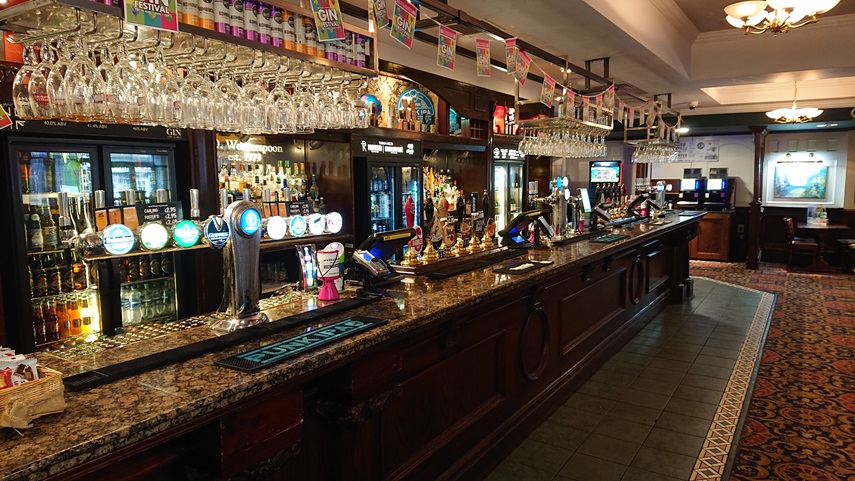 Wetherspoon has confirmed it has surrendered its lease on a Matlock town centre pub early – paving the way for new owners to move in.

The Crown was hit hard by flooding when the Derwent burst its banks in November 2019 devastating many Matlock businesses.

Reinstatement works had been ongoing, but the pub failed to reopen after restrictions were relaxed in mid-May.

Now Weatherspoons pub chain has confirmed it will not renew its 40-year lease it took out in 1998.

A spokesman was unable to confirm who the new leaseholders would be as it was not part of the surrender deal.

“I can confirm that Wetherspoon has surrendered the lease of the building and this will not reopen as a Wetherspoon or Lloyds."

"There have not been any redundancies as a result of the closure.”

The lease on the building was surrendered on May 26. No information regarding whether a new leaseholder have taken the building over.

Businesses in Matlock town centre were left counting the cost after the severe flooding which deluged the town – forcing The Crown to shut.

Heavy rainfall, which brought parts of the country to its knees, was a “once-in-60-years” weather event, experts said.

Boris Johnson was famously pictured mopping out Matlock Specsavers after it was deluged.

Across Derbyshire and East Staffordshire on DAB, Smart Speakers and Online