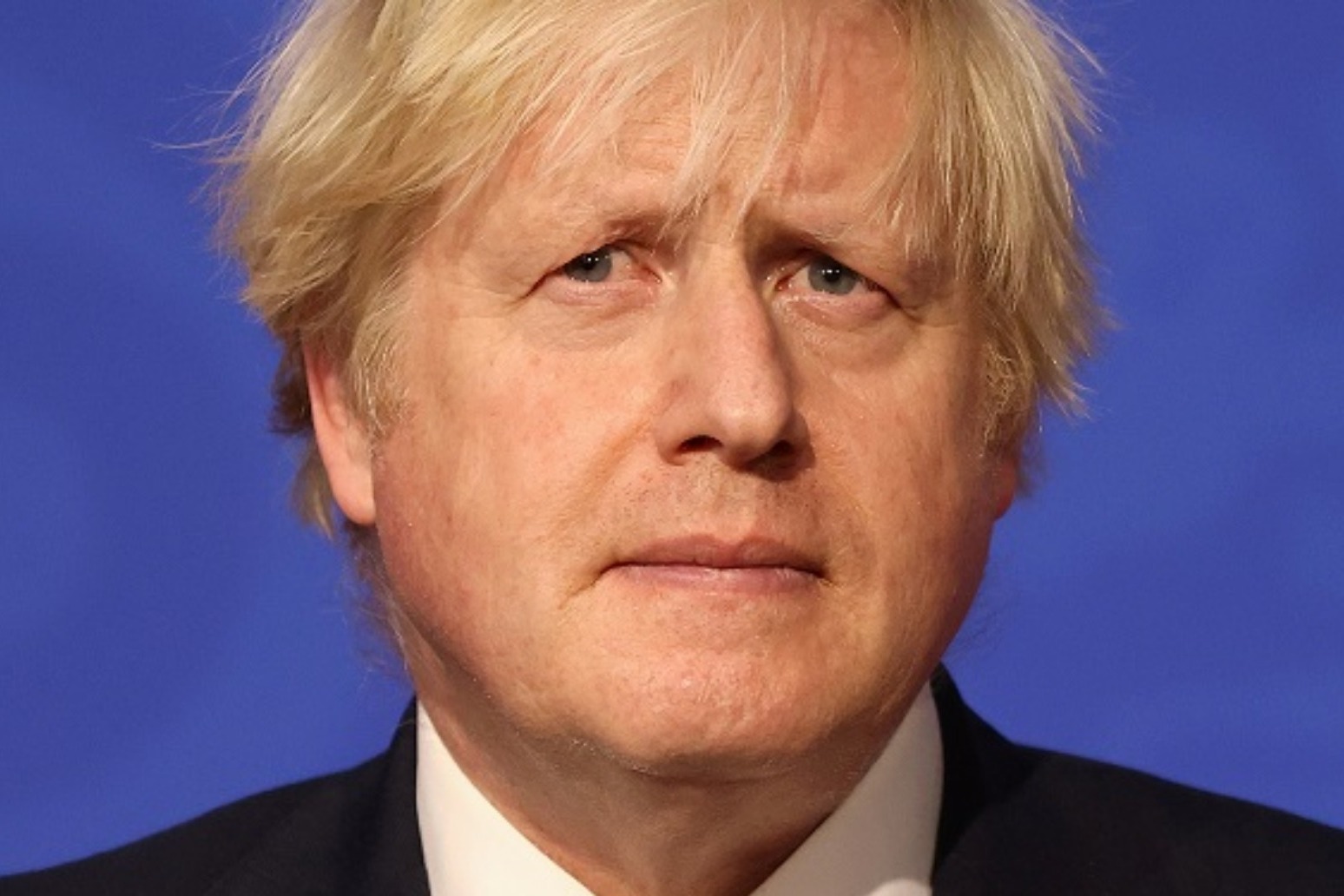 A senior health official has suggested "not socialising when we don't particularly need to", but the Prime Minister says Christmas parties shouldn't be cancelled

Boris Johnson will face further questions about the Government’s approach to halting the spread of the Omicron coronavirus variant on Wednesday amid criticism from Tory MPs and suggestions from a senior health official that festive gatherings should be shelved.

The Prime Minister urged people not to cancel Christmas parties or school nativity plays during a press conference on Tuesday where he promised to “throw everything” at the booster vaccination campaign to tackle the variant’s spread.

Mr Johnson insisted he had already put in place a package of “balanced and proportionate measures” in response to the threat posed by the new variant as cases of Omicron reached 22 in the UK.

The mandatory wearing of face coverings in shops and on public transport came into force in England on Tuesday, along with tighter testing requirements for international travel and the return of self-isolation for contacts of confirmed Omicron cases, even if they have been fully vaccinated.

But it is the booster campaign that the Government believes provides the greatest line of defence against the new variant. The Prime Minister promised that everyone eligible would be offered a booster jab by the end of January, with at least 400 military personnel helping the NHS and vaccination centres “popping up like Christmas trees”.

Health Secretary Sajid Javid, who will carry out broadcast interviews on Wednesday morning, said Omicron cases are likely to go higher and “we have to be realistic” that there is already likely to be transmitted within the community.

Dr Harries had earlier told BBC Radio 4’s Today programme that even if “vaccines appear to be effective, but we find that the variant is more highly transmissible, having lowish grade infection, but in very large numbers of the population, (it) could still be a significant impact on our hospitals.

“And, of course, our behaviours in winter and particularly around Christmas, we tend to socialise more, so I think all of those will need to be taken into account.”

She added: “If we all decrease our social contacts a little bit, actually that helps to keep the variant at bay.”

She suggested “being careful, not socialising when we don’t particularly need to” and getting a booster jab.

The comments caused alarm in the hospitality industry and helped fuel a Tory backbench revolt which saw Conservatives rebel over restrictions that came into force in England on Tuesday morning to tackle Omicron.

Kate Nicholls, chief executive of the UKHospitality trade body, said this “chilling talk” could hammer the sector ahead of its busiest period.

Asked whether parties and Nativity plays should be scrapped, Mr Johnson said: “We don’t want people to cancel such events and we think that, overwhelmingly, the best thing for kids is to be at school, as I have said many times throughout this pandemic.”

He also rejected suggestions that advice on working from home should be reinstated in England, as is happening in Scotland, Wales and Northern Ireland, in response to the concerns about Omicron.

Scientists believe Omicron could be more transmissible than the dominant Delta variant and may render vaccines less effective because of the extent of its mutations.

Mr Johnson, who visited a festive food market set up in Downing Street after the press conference, will be asked about the Government’s approach again during Prime Minister’s Questions in the Commons on Wednesday.

In the Commons on Tuesday, 19 Tories – with two rebel tellers – opposed the mask-wearing measures.

Some 32 Conservatives rebelled by voting against the self-isolation regulations while two more acted as tellers for the noes, but the measures both comfortably passed.

Sir Graham Brady, who chairs the powerful Conservative backbench 1922 Committee, said there were “serious concerns” about the “efficacy of what is being proposed”, and warned against “mission creep”.

Former minister Steve Baker said “we are taking away the public’s right to choose what they do base on flimsy and uncertain evidence”, while Tory veteran Sir Christopher Chope labelled the regulations “oppressive, authoritarian and dictatorial”.

Meanwhile, the BBC reports the Government’s Scientific Advisory Group for Emergencies (Sage) has warned officials the impact of the variant is “highly uncertain” but may require a “stringent response”.

According to leaked minutes of a Sage meeting on Monday, reportedly seen by the broadcaster, advisers say: “The situation could develop quickly over the coming weeks and decision-makers may need to act while there is a high level of uncertainty, including the potential need for stringent response measures.”

Questions about the Government’s approach come as the Daily Mirror reported accusations that Mr Johnson and Downing Street staff had broken Covid rules by attending parties at Number 10 in the run-up to Christmas last year.

A Downing Street spokeswoman said: “Covid rules have been followed at all times.”