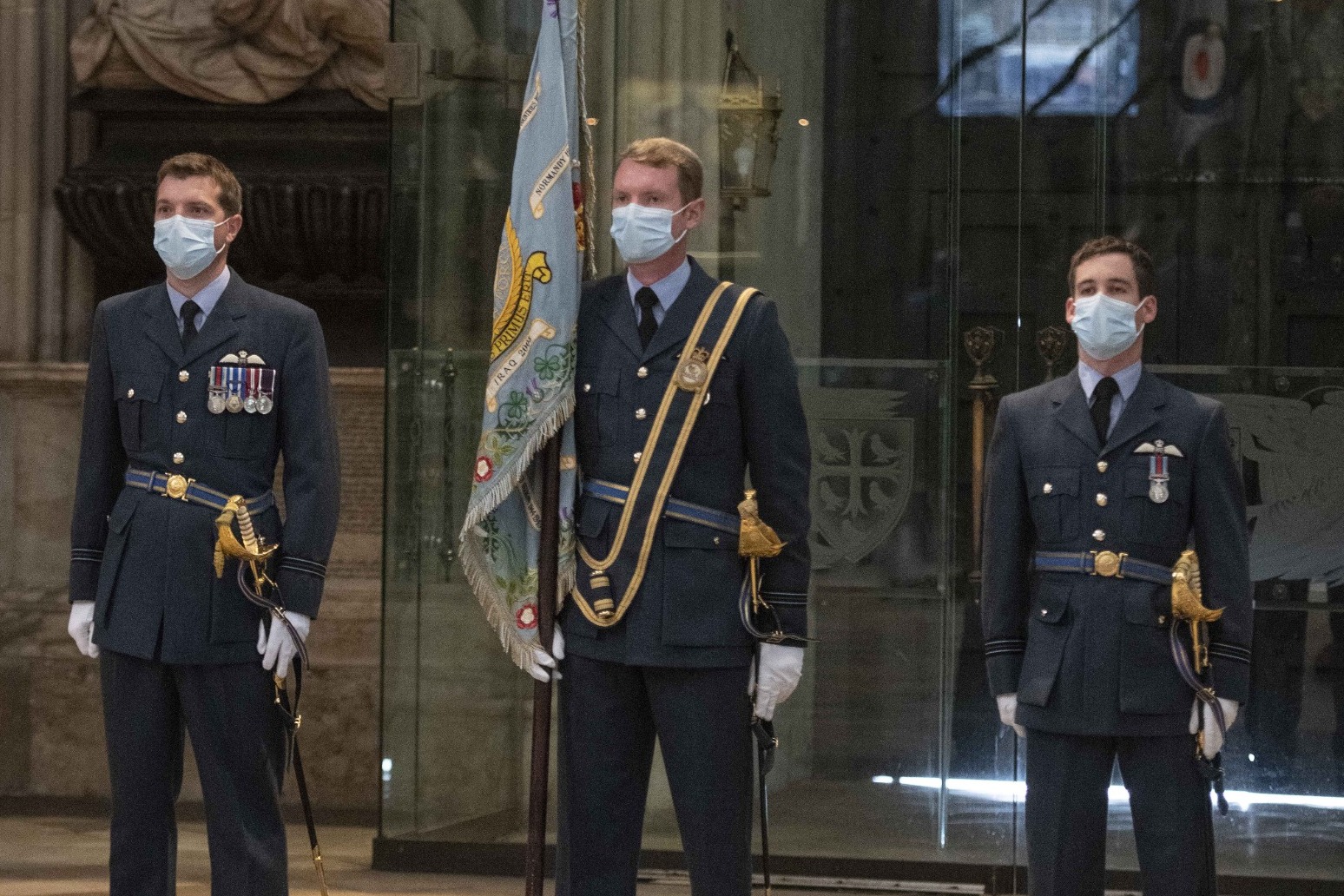 A comparison has been drawn between the “collective hope” given by the heroism of The Few and the recent evacuation of Afghanistan.

A comparison has been drawn between the “collective hope” given by the heroism of The Few and the recent evacuation of Afghanistan, during a Westminster Abbey service marking the 81st anniversary of the Battle of Britain.

The Prince of Wales, accompanied by his wife the Duchess of Cornwall, helped lead a service of thanksgiving on Sunday paying tribute to those who took to the skies above southern England in 1940.

Prime Minster Boris Johnson, Home Secretary Priti Patel and Labour’s shadow defence secretary John Healey were among the guests at the annual service that commemorates the first battle in history fought entirely in the air during the Second World War.

This year’s service saw a reduced, face mask-wearing congregation due to Covid-19 precautions, but senior Government, military and diplomatic dignitaries were able to attend alongside serving RAF personnel.

Chief of the Air Staff, Air Chief Marshal Mike Wigston, gave a Bible reading, while an address was delivered by the Chaplain in Chief, the Venerable Air Vice Marshal John Ellis, who spoke of humanity living “future-focused lives” that were motivated by “hope”.

He said the RAF had carried “the collective hope of a nation” amid a “continual onslaught of enemy planes in our skies” in September 1940.

“Collective hope is something that remains with us as a constant. We only need to look at the pandemic that has affected all our lives,” he added.

“Even here that future-focus is apparent in the self-giving sacrifices that have been made and the advances in medicine that have been prompted by the pandemic.”

Referring to the evacuation from Kabul this summer, he said: “Even more recently, we were witness to the largest Royal Air Force airlift since 1948.

“An effort that highlighted the skill, courage and resilience of everyone involved. A life-changing event that has given new hope to thousands.”

Led by Dr David Hoyle, the Dean of Westminster Abbey, the service included an act of remembrance, during which the Battle of Britain Roll of Honour bearing the names of 1,497 pilots and aircrew killed or mortally wounded in the battle was borne through the church, escorted by descendants of airmen and serving RAF personnel.

The service featured readings, prayers, hymns, music from the Band of the Royal Air Force Regiment and singing by the abbey’s choir.

It opened and closed with the standard of No 3 Squadron of the Royal Air Force being borne through the church, while the sounding of the Last Post and Reveille brought proceedings to a conclusion.

Charles, wearing a full ceremonial day dress, and Camilla, in a cream dress, blue ribbon coat and pale blue hat, sat close to the altar during the church service.

The royal couple, both wearing face masks, joined a procession and met members of the clergy as they entered and exited the central London landmark.

They then joined other members of the congregation on the balcony of the nearby Church House to watch a historical fly-past by a Spitfire and Hurricane.

The prince and the duchess were due to meet RAF cadets and aviators and tradesmen from RAF Halton at Bishop Partridge Hall before joining a reception in the Assembly Hall.

The Battle of Britain was a major air campaign fought in the skies over the UK in 1940 that took place between July and October that year.

September 15 saw the RAF gain a decisive victory over the Luftwaffe in what was Nazi Germany’s largest daylight attack.

Some 1,120 Luftwaffe aircraft were sent to attack London, but were repelled by just 630 RAF fighters – and two days later Hitler postponed his plans to invade Britain.

Westminster Abbey has held a service of thanksgiving and re-dedication on Battle of Britain Sunday every year since 1944.