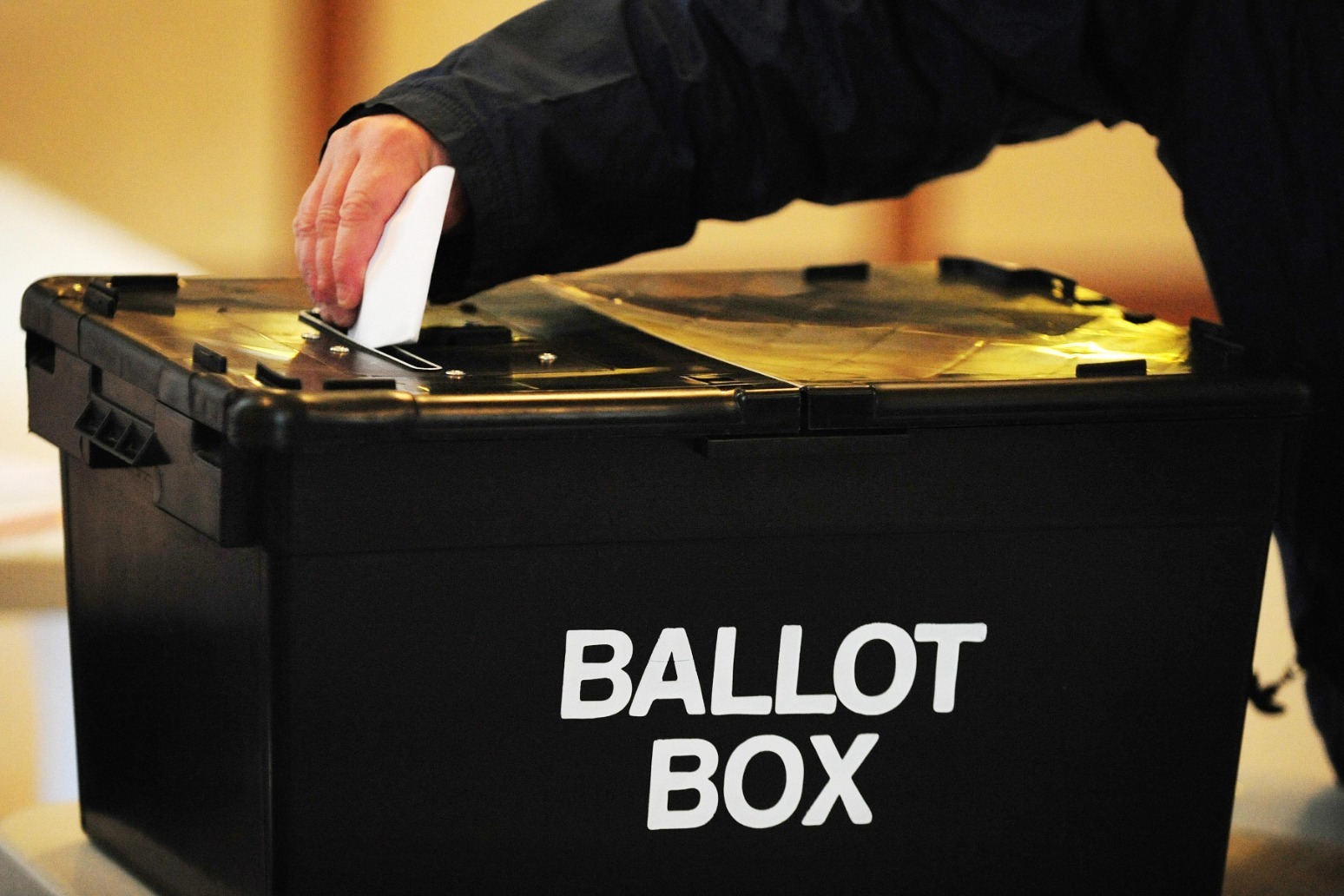 More than half of English councils are counting votes overnight

Boris Johnson’s Tories are braced for losses in London as the first votes start being counted following elections across the UK.

Council seats are up for grabs in Scotland, Wales and many parts of England, while Northern Ireland is electing its new assembly in what could be the most significant vote of them all, with Sinn Fein seeking to become the largest party.

Votes were being counted in some of the English contests overnight including key authorities in the capital, where the Tories fear their flagship council Wandsworth will fall to Labour.

The south London borough is a totemic authority for the Tories. It was a favourite of Margaret Thatcher’s – turning blue in 1978 a year before her election as prime minister – and is renowned for its low taxes.

But Tory insiders believe it is a “definite loss”, along with Barnet, while Westminster could also see a loss of Tory control in what would amount to a grim night for Mr Johnson’s party in the city he used to run.

Labour sources said it was too early to tell, but the Conservatives are prepared for a difficult night.

The elections take place following the partygate scandal and with concerns about a cost-of-living crisis underlined by grim economic forecasts from the Bank of England on polling day.

Mid-term elections are always difficult for a governing party, although as many of the English seats were last contested in 2018, during Theresa May’s chaotic administration, there may only be limited opportunities for opposition parties to make further gains.

A Tory source said: “The battleground for these elections was firmly in Labour’s favour. And the Conservatives are behind in the national polls – so we expect these elections to be tough.”

The Prime Minister thanked Tory supporters for “their hard work to support our plan to keep council taxes low”.

Cabinet minister Brandon Lewis insisted Mr Johnson remained the right person to lead the party, amid speculation that a bad set of election results – coupled with any further revelations about No 10 lockdown-busting parties – could see more Tory MPs submitting letters of no confidence.

The Northern Ireland Secretary told Sky News: “I absolutely think we can win the next election, and I do think Boris Johnson is the right person to lead us into that.

“He has got those big decisions through Covid and internationally with Ukraine and other areas right since he has been Prime Minister.”

In Rutland, where there is not even an election, the Tories suffered a setback as county council leader Oliver Hemsley announced he was leaving the party, claiming it had been “ignored, side-lined and given no further improvements in our spending power” from the Government.

Counting in many English authorities, Scotland, Wales and Northern Ireland will not begin until Friday.

The Conservatives will find out whether they are paying the price for the partygate saga, which has seen Mr Johnson and Chancellor Rishi Sunak fined for breaking coronavirus laws.

The Tories have also been hit with a string of other controversies, including former Wakefield MP Imran Ahmad Khan being found guilty of sexually assaulting a teenage boy and veteran MP Neil Parish quitting after admitting he watched pornography in the Commons.

The scale of the cost-of-living crisis was made clear by the Bank of England’s intervention on Thursday – with interest rates rising to 1%, their highest for 13 years, and inflation forecast to hit more than 10%.

In a grim set of forecasts, the Bank predicted that growth will contract in the final three months of 2022 as the cost squeeze sees households rein in their spending.

Labour’s campaign has been hit by Tory calls for Durham Police to look into whether Sir Keir Starmer broke Covid rules while campaigning before the 2021 Hartlepool by-election.

But the Labour leader claims it is a “smear” to suggest he breached the regulations while having “a takeaway and a beer while I was working late at night”.

“It’s going to be a long night and there will be ups and downs – we hold the majority of the seats up for election in England, so never expected big gains,” she said.

“These results will show the progress we have made thanks to Keir’s leadership since the disastrous 2019 election result.”

Party leader Sir Ed Davey said: “I am optimistic that thanks to their hard work, the Liberal Democrats will gain ground in areas across the Blue Wall where voters are fed up of being taken for granted by the Conservatives.”

In England, more than 4,000 councillors in 146 councils are standing for election in major cities including Leeds, Manchester, Birmingham and all 32 London boroughs.

All 32 councils in Scotland and all 22 in Wales are also holding elections.

Meanwhile, tensions are high in Northern Ireland for the Stormont election, where voters went to the polls across 18 constituencies to elect 90 MLAs.

The unionist DUP and republican Sinn Fein are vying for the top spot in the election, which comes with the entitlement to nominate the next first minister.

A unionist party has always been the biggest in the Assembly, and previously the Stormont Parliament, since the formation of the state in 1921.

While the office of the first and deputy first minister is an equal one with joint power, the allocation of the titles is regarded as symbolically important.