Half Of Over-75s In England Receive Covid Vaccine ‘Spring Booster’ 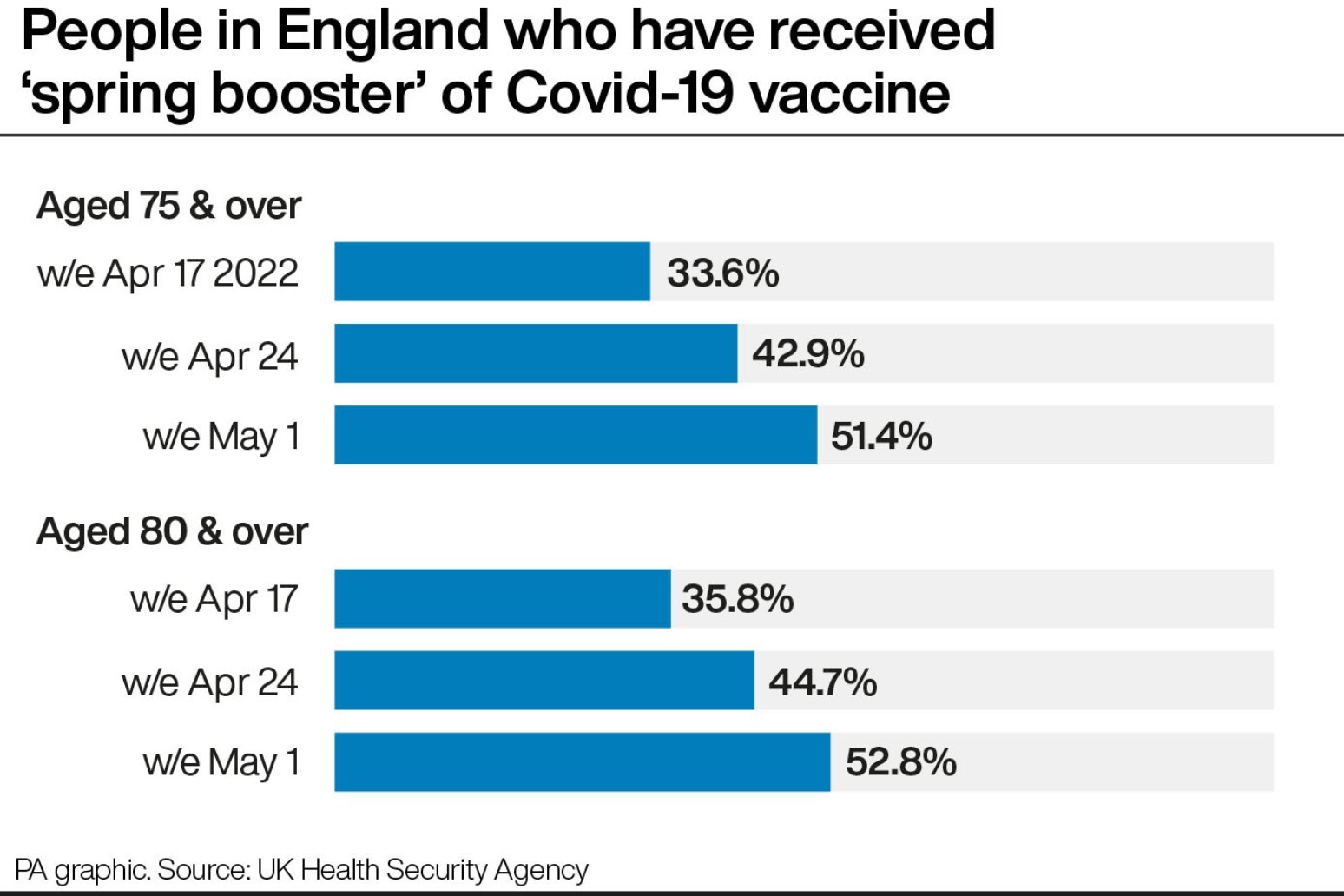 Half of all people aged 75 and over in England have had their “spring booster” of Covid-19 vaccine, new figures show.

Among people aged 80 and over the proportion is slightly higher at 52.8%, according to the UK Health Security Agency.

The spring booster campaign began in England on March 21.

Anyone aged 75 and over who is around six months on from their previous booster is being invited to get an additional dose of vaccine.

Residents of older adult care homes and people aged 12 and over who are immunosuppressed are also eligible to receive the jab.

The campaign was launched following guidance from the Joint Committee on Vaccination and Immunisation that those most vulnerable to coronavirus should receive another booster.

Immunity from vaccination declines over time and many older adults received their most recent dose in September or October 2021.

The NHS estimates around five million people in England will be eligible for a spring booster during the campaign.

People aged 70 and over in England experienced record levels of infection during the most recent wave of the virus, with an estimated 7.2% – one in 14 – likely to have had Covid-19 in early April, according to the Office for National Statistics (ONS).

Prevalence of coronavirus among all age groups has fallen in recent weeks but infections remain high by historic standards, the ONS said.