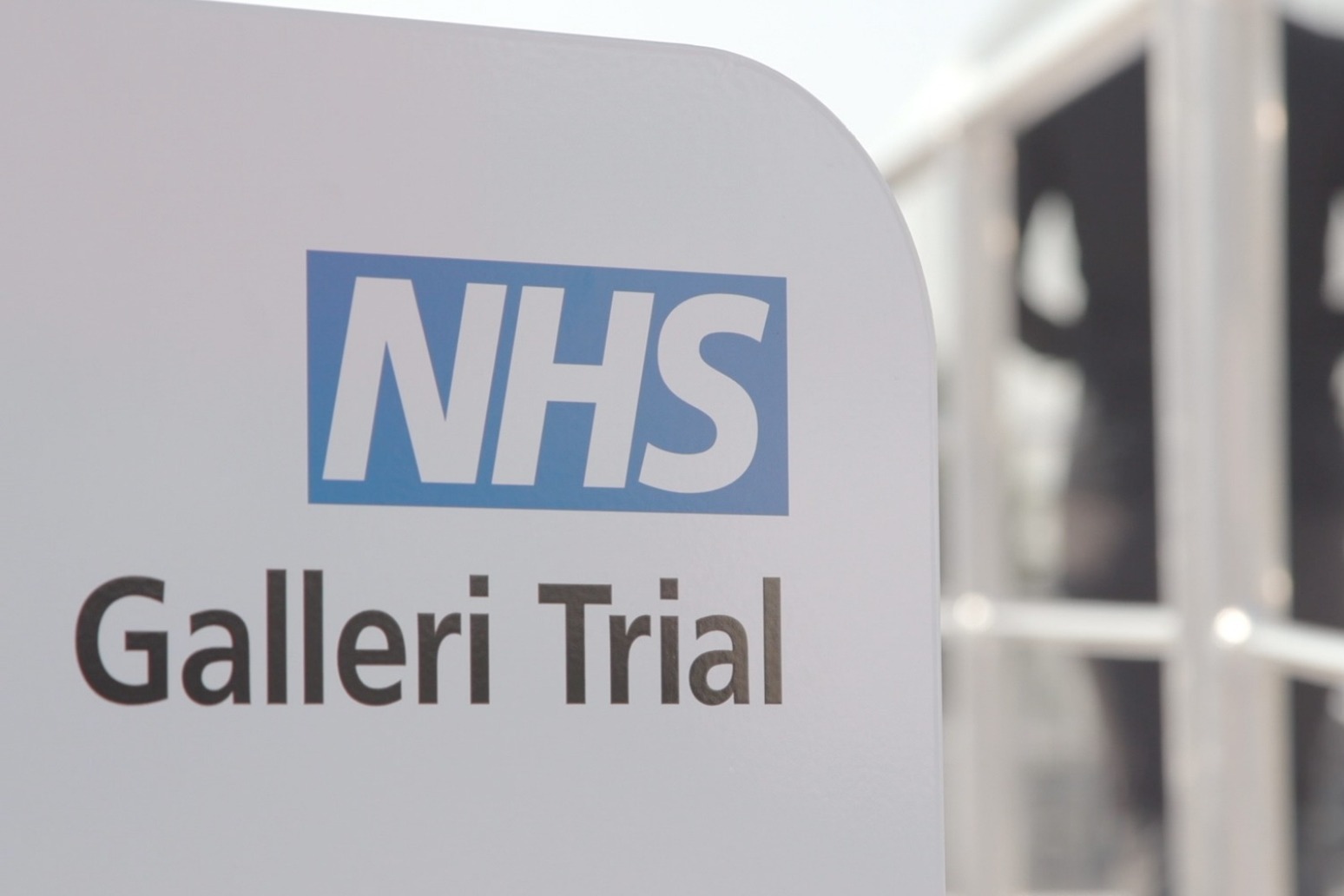 Thousands of people will take part in an NHS trial for a simple blood test that can detect more than 50 types of cancer before symptoms appear.

The Galleri test, which is currently available in the US, can detect cancers that are not routinely screened for and can pinpoint where in the body the disease is coming from with a high degree of accuracy.

Catching cancer early is vital to people receiving prompt treatment and the test has the potential to save thousands of lives in the UK every year.

It works by looking for chemical changes in fragments of genetic code – cell-free DNA (cfDNA) – that leak from tumours into the bloodstream.

Some cancer tumours are known to shed DNA into the blood a long time before a person would start experiencing symptoms.

The Galleri test does not detect all cancers and does not replace NHS screening programmes, such as those for breast, cervical and bowel cancer.

In the US, it has been recommended for people at higher risk of cancer, including those over-50s.

As part of the NHS trial, which is the world’s largest, blood samples will be taken from Monday at several mobile testing clinics in retail parks and other community locations.

The NHS aims to recruit 140,000 volunteers in eight areas of England to see how well the test works in the health service.

Letters are being sent to people from different backgrounds and ethnicities aged between 50 and 77 asking them to take part.

Participants, who must not have had a cancer diagnosis in the last three years, will be asked to give a blood sample at a local mobile clinic and they will then be invited back after 12 months, and again at two years, to give further samples.

NHS chief executive Amanda Pritchard said: “This quick and simple blood test could mark the beginning of a revolution in cancer detection and treatment here and around the world.

“By finding cancer before signs and symptoms even appear, we have the best chance of treating it and we can give people the best possible chance of survival.

“The NHS has a successful track record of leading the way on innovations in cancer diagnosis and treatment, from CAR-T therapy to Covid-friendly drugs.

“The Galleri blood test, if successful, could play a major part in achieving our NHS Long Term Plan ambition to catch three-quarters of cancers at an early stage, when they are easier to treat.

“So if you are invited, please take part – you could be helping us to revolutionise cancer care and protect yourself.”

The test has been found to be particularly effective at finding cancers that can be difficult to identify early – such as head and neck, bowel, lung, pancreatic, and throat cancers.

The NHS trial is being led by the Cancer Research UK and King’s College London Cancer Prevention Trials Unit together with Grail, which developed the Galleri test.

The first results from the study are expected by 2023. If successful, the NHS in England plans to extend the rollout to a further one million people in 2024 and 2025.

In the trial, half the people will have their blood sample screened with the Galleri test straight away and the other half will have their sample stored and may be tested in the future.

This will allow scientists to compare the stage at which cancer is detected between the two groups.

Anyone in the test group who is found to potentially have cancer will be contacted by the trial nurse and referred to an NHS hospital for further tests.

Professor Peter Sasieni, director of the Cancer Research UK and King’s College London Cancer Prevention Trials Unit and one of the trial’s leads investigators, said: “We need to study the Galleri test carefully to find out whether it can significantly reduce the number of cancers diagnosed at a late stage.

“The test could be a game-changer for early cancer detection and we are excited to be leading this important research.

“Cancer screening can find cancers earlier when they are more likely to be treated successfully, but not all types of screening work.”

Sir Harpal Kumar, president of Grail Europe, said: “We’re delighted to partner with the NHS to support the NHS Long Term Plan for earlier cancer diagnosis, and we are eager to bring our technology to people in the UK as quickly as we can.

“The Galleri test can not only detect a wide range of cancer types but can also predict where the cancer is in the body with a high degree of accuracy.

“The test is particularly strong at detecting deadly cancers and has a very low rate of false positives.”

Health Secretary Sajid Javid said: “The UK’s world-leading scientists continue to pioneer innovative cancer diagnosis and treatments so our brilliant NHS staff have the tools to spot the disease as early as possible and give people the care they need.

“Early diagnosis can save lives and this revolutionary new test can detect cancers before symptoms even appear, giving people the best possible chance of beating the disease.

“Ensuring fewer people need treatment for advanced cancer is vital for patient care and another example of the NHS innovating to be more efficient – which will be crucial in bringing down the backlog.”

Research published in June in the journal Annals of Oncology found that the test had a very low false-positive rate, meaning very few people would be wrongly diagnosed with cancer.

Scientists analysed how the test worked in 2,823 people with the disease and 1,254 people without.

When it came to solid tumours that are not currently screened for – such as oesophageal, liver and pancreatic cancers – the ability to generate a positive test result was twice as high (65.6%) as for solid tumours with screening options such as breast, bowel, cervical and prostate cancers.

When it came to blood cancers, around 55% of cases were detected, while the test correctly identified the tissue in which the cancer was located in the body in 88.7% of cases.

Experts have stressed that anyone with symptoms of cancer should always seek help from their GP.