Mary Berry To Be Honoured For A Lifetime Of Cooking, Writing And Baking 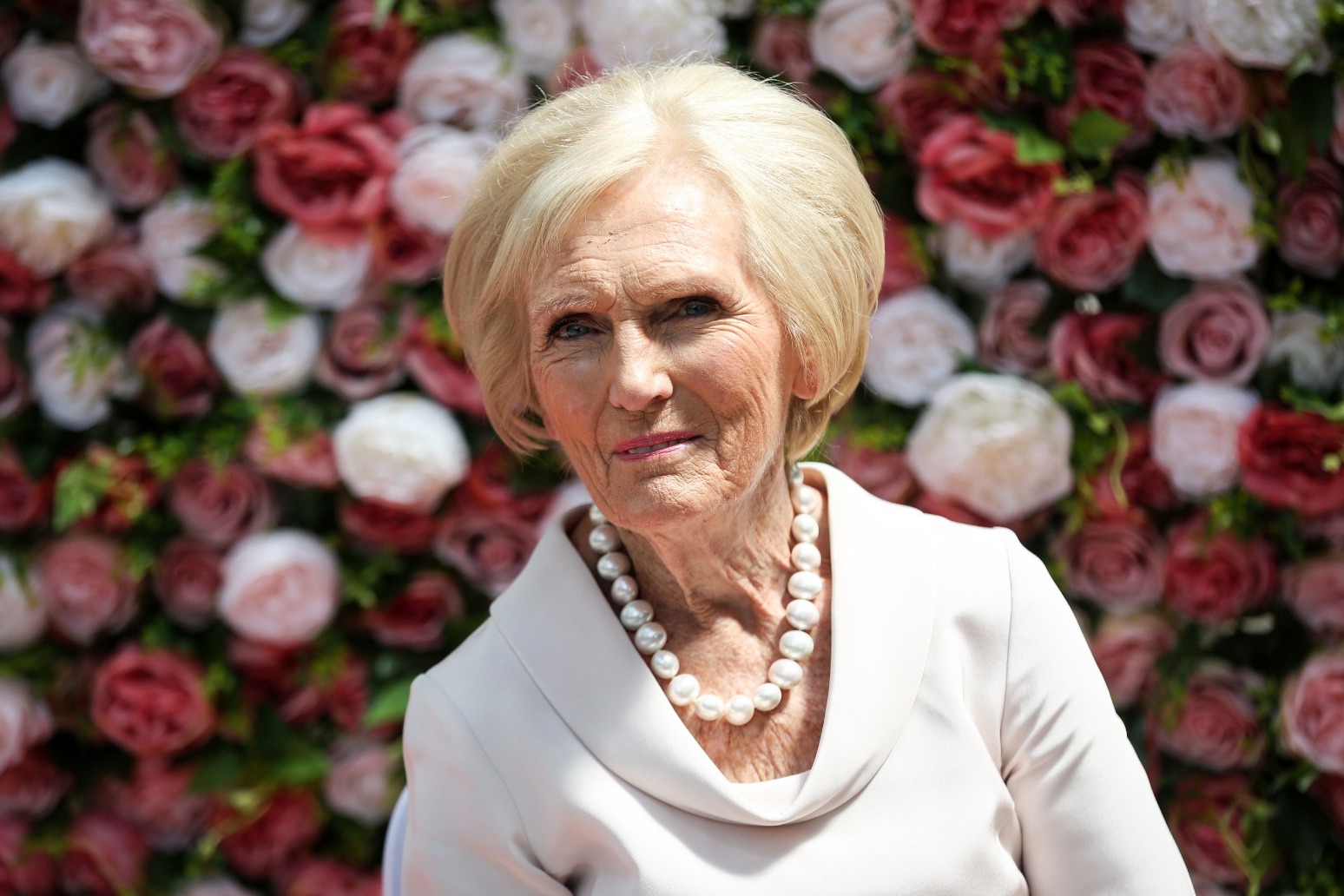 Mary Berry will be made a Dame Commander by the Prince of Wales for a lifetime of cooking, writing and baking.

The leading cookery writer and broadcaster has published more than 50 books during a career spanning more than five decades and will be honoured during a Windsor Castle investiture ceremony.

She has become a popular figure with home cooks in recent years, thanks to her previous judging role on The Great British Bake Off series and hosting her own programmes.

Dame Mary is also recognised for her charity work and is patron of Child Bereavement UK.

Two investitures are being held on the same day, in what is believed to be a first, for “practical” reasons a Buckingham Palace spokeswoman has said, with Charles hosting the first and the Princess Royal the second.

The ceremonies resumed in June after being halted during the pandemic, and there is likely to be a number of recipients who have waited to be honoured by a member of the royal family, rather than opting for a local presentation or receiving the honour in the post.

Also being recognised is Sir Philip May the husband of former prime minister Theresa May, who will be knighted by Charles for political service.

Sir Philip was the UK’s second male consort, and away from supporting his wife forged his own successful career in the finance sector.

Steven Knight, the film director and screenwriter who wrote the film Spencer about three days in the life of Diana, Princess of Wales, and created the popular drama Peaky Blinders, will be made a CBE.

Karen Gibson, founder and director of the Kingdom Choir which performed during the Duke and Duchess of Sussex’s wedding, will be made an MBE.