Joachim Low To Step Down As Germany Boss After Euro 2020 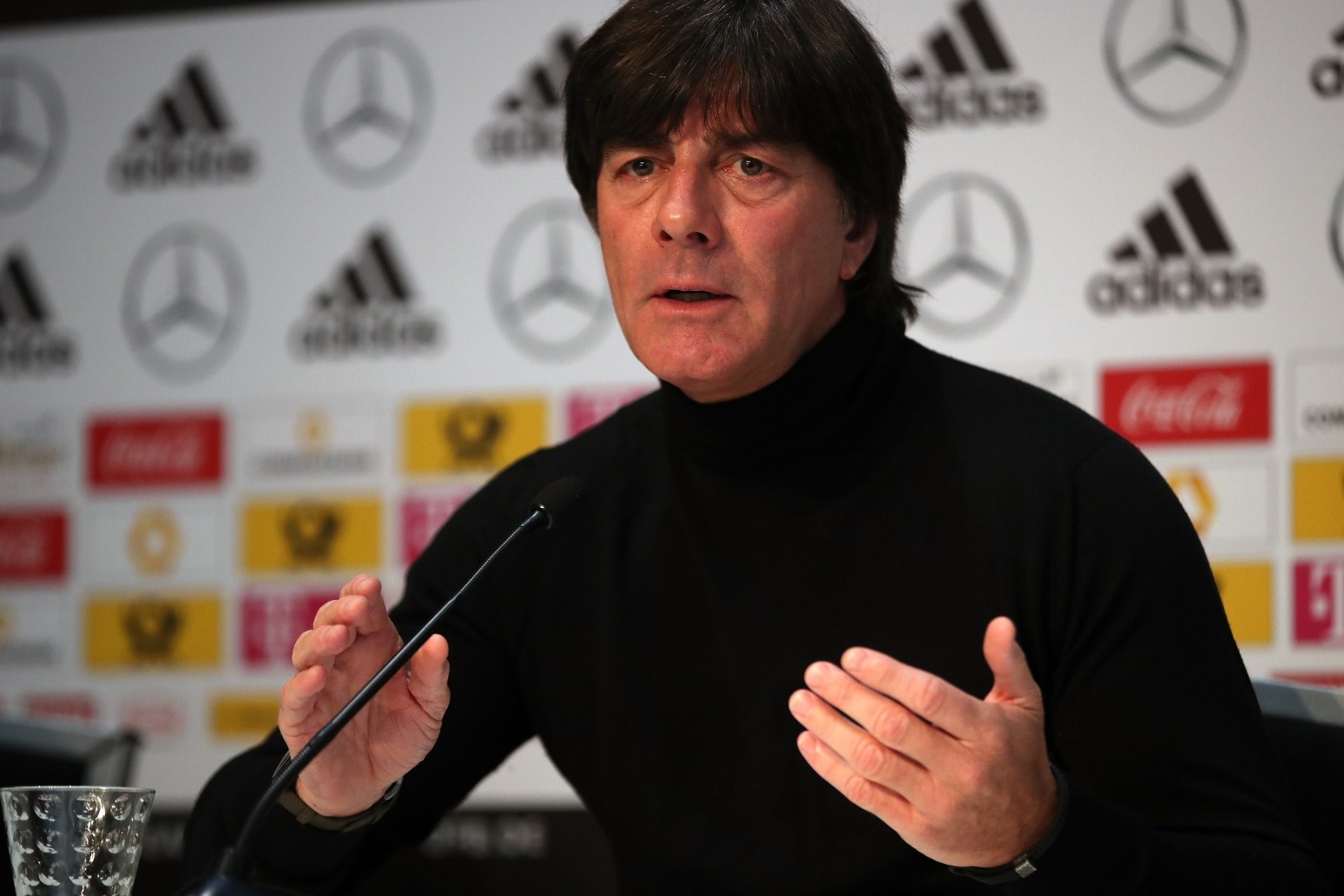 Joachim Low will step down from his role as Germany manager following Euro 2020 after asking to end his contract early, the German Football Association has announced.

Low, 61, took over from Jurgen Klinsmann in August 2006 and went on to guide Die Mannschaft to World Cup success in 2014, when they memorably defeated hosts Brazil 7–1 in the semi-finals.

Germany reached the semi-finals of Euro 2016, losing to hosts France, but then suffered an exit at the group stage of the World Cup for the first time in 2018 while also failing to impress in the inaugural UEFA Nations League campaign.

Low, who was assistant to Klinsmann from 2004, had been contracted until the 2022 World Cup, but approached the German Football Association (DFB) to request an early departure following the conclusion of this summer’s delayed tournament.

“I take this step very consciously, full of pride and enormous gratitude, but at the same time continue to be very motivated when it comes to the upcoming European Championship,” Low said on www.dfb.de.

“Proud because it is something very special and an honour for me to be involved with my country and because I have been able to work with the best footballers in the country for almost 17 years and support them in their development.

“I have great triumphs with them and painful defeats, but above all many wonderful and magical moments – not just winning the 2014 World Cup in Brazil.

“I am and will remain grateful to the DFB, which has always provided me and the team with an ideal working environment.”

Germany are in Group F at Euro 2020, where they will face fellow heavyweights France and Portugal as well as Hungary, with all their matches set for the Allianz Arena in Munich.

Low has his sights set on leaving the job on a high.

“I still feel the unconditional will as well as great energy and ambition for the upcoming European Championship,” he said.

“I will do my best to make our fans happy and successful at this tournament. I also know that this applies to the entire team.”

“The DFB knows what it has in Jogi, he is one of the greatest coaches in world football,” Keller said.

“Jogi Low has shaped German football like barely anyone else for years and helped it achieve the highest international standing. Not only because of his sporting achievements, but also because of his empathy and humanity.

“The fact that he informed us about his decision at an early stage is very decent.

“He gives us at the DFB the necessary time to name his successor, calmly and with a sense of proportion.”

DFB national teams director Oliver Bierhoff, who was part of the Germany side which won Euro 96 in England, hailed the “special relationship” between the governing body and head coach.

“Under Jogi, the national team once again stood for the joy of playing and attractive attacking football,” the former striker said.

“This team and its players have developed incredibly with him. I regret that our professional paths will separate after the Euros.

“I know that Jogi’s full concentration and energy in the next weeks and months will only be used to prepare for the European Championship and we will continue to have a big common goal in the summer.”